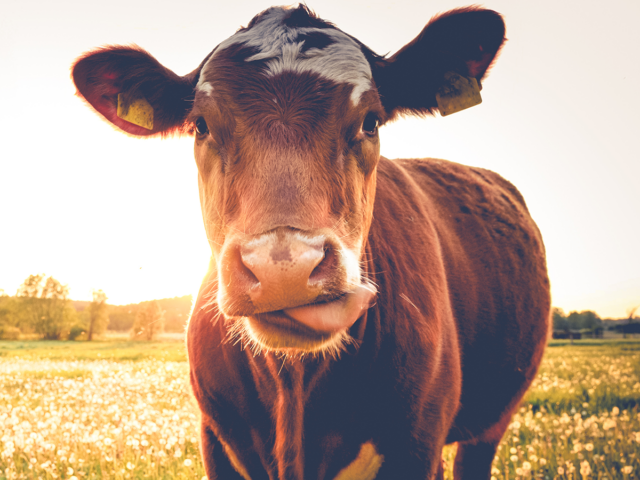 Small-Scale Meat Sector Survey: A Roadmap to Growth for Local Meat in BC

Defining the small-scale meat sector is a difficult task. Small-scale producers tend to have a limited land base, raise multiple types of livestock and crops, practice integrated farming methods and market their products directly or through outlets that focus on local foods. They are not typically represented by supply management systems or marketing boards and, until the creation of the Small-Scale Meat Producers Association (SSMPA), did not have an industry association exclusively dedicated to representing their interests. Small-scale producers, admittedly difficult to reach, tend to be very under-represented in most studies and consultations. Their contributions to food security and local economies have been historically underestimated and difficult to quantify. Valuable data is also missed due to the alarming attrition of small-scale operations. There is no “exit interview” when a farm or ranch goes under or chooses to leave the industry, and a wealth of information is lost along with them.

Until now, no repository of information has existed about the small-scale meat producing sector in BC. This survey aims to fill this gap in understanding to provide a foundation from which to support the sector to grow and thrive.

The small-scale meat sector survey was conducted over the Summer and Fall of 2021. Responses were received from 708 operations, representing 2110 employed individuals across all 27 regional districts in the province. Following the online survey, 8 focus groups were held in all of BC agricultural regions.

“This brilliant and timely report by SSMPA provides a comprehensive overview of the state of small-scale meat production in the province. The report is also loaded with brilliant graphics that each cleverly convey key information in concise visuals. This will be an invaluable tool for understanding and then tailoring supports for place-based meat systems across British Columbia.”

What was heard from this survey is that many small-scale producers are desperate to scale-up their production to meet the increasing demand for higher-welfare and locally raised meat and to realize economies of scale but are faced with an array of challenges that preclude their building viable businesses. The challenges of conforming to the many regulations enforced over the last few decades have had an undeniable impact on small family farms, including small-scale meat producers, that make up the large portion of the agricultural land in BC. With increased pressure from real estate speculation, rising operating and transportation costs, and volatile markets arising from a globalized food system, the challenge of producing local food on a relatively small scale has never been greater. However, recent occurrences of wildfires, floods and pandemics have brought to the forefront the perils of our dependency on centralized food distribution systems. It is of the utmost importance that we become fully aware of and understand the mode of operation, challenges experienced by and needs of the existing producers who represent so much potential for resiliency in our province.

This survey’s data and the recommendations that it informs will bolster SSMPA as it strategizes to support resilience and address gaps in the industry, such as between the growing demand for local, sustainable meat products and the processing restrictions that bottleneck supply. The survey will also inform further allocation of SSMPA resources toward development and delivery of pertinent training programs, regional Butcher Hubs, and other proposed projects. It is our hope that these findings will be used by all levels of government and the private sector when making decisions around development, funding, and new business opportunities for meat producers. Post-secondary institutions and NGOs can benefit from this survey as well as it informs the need for future research and extension programming to support the sector.

BC’s small-scale meat producers are a very diversified group: they raise more than 15 types of livestock, they have varying income and profitability levels, many have been in the business for more than 30 years and others are just getting started, some own their land while others rent it, some drive over 5 hours to get their animals slaughtered while others travel less than an hour. Given the great diversity of the sector, it is all the more striking that the challenges identified in this survey are so uniformly felt by all producers across all regions of the province.

It was heard loud and clear that access to slaughter, access to cut and wrap and low profitability are challenges that have created a market failure in the industry. This is characterized by many farms starting to raise livestock for meat then quitting the business in a short order or producers scaling back and not achieving growth despite strong and growing consumer demand for their products.The lack of slaughter capacity has created a context for the widespread use of unlicensed slaughter in the province. 35% of all producers reported using unlicensed slaughter for meat destined to market at one point or another. We have found, however, that this method was rarely selected as the first choice by respondents. Many producers reported resorting to unlicensed slaughter when no other option was readily available. This is a very important factor to consider when evaluating meat regulations; if too restrictive, regulations may actually increase the amount of unlicensed slaughter in the province, thereby reducing overall food safety and oversight.

Other challenges ranked high amongst respondents across the province. Access to insurance is a serious impediment to meat operations, especially those that hold slaughter licenses. One respondent mentioned that the insurance for their small abattoir was terminated with no possibility of renewal and no reason was provided. This gap in understanding between producers and insurance companies regarding the risks associated with running on-farm slaughter operations urgently needs to be addressed.

“A thoroughly researched and well presented report that outlines the growth potential for livestock and meat businesses in BC as they respond to climate change. Its recommendations support excellence in animal welfare and environmental stewardship through safe and healthy meat products raised and processed close to home.

Kathleen Gibson, manager of meat programs for the BC Food Processors Association 2005-2011”

Feed costs are another widely felt issue which is slated to become worse. Droughts, fires, climate disruption, global unrest, sanctions and raising fuel costs are sure to further increase the price of all inputs in the next few years. Land access continues to figure prominently in the barriers to growth in the province and especially in the more densely populated regions such as the South Coast and Vancouver Island. Many producers affirmed that they would like to scale up their operations, that there is ample demand for their products but that they are unable to meet it for reasons beyond their immediate control. Some have lamented being “stuck” in the hobby farm scale, others would gladly take on meat production as their full-time occupation if the barriers that they experience were removed.

Previous producers echoed the same challenges as reasons why they left the industry. Interestingly, when asked if these problems were resolved if they would be interested in getting back into the meat business, 78% of the operators that were not of retirement age said yes.

In the face of food price inflation, more extreme weather events, global unrest and ecological crises, we need to preserve the diversity of our agricultural landscape in order to realize the resiliency afforded by strong regional food systems. The COVID-19 pandemic and unprecedented natural disasters have demonstrated the importance of preserving and elevating these systems. Large food distribution networks and conglomerates are susceptible to supply chain disruptions that are not as acutely felt by small family farms. While the pandemic was impacting large meat plants across the country, small-scale meat producers were emptying their inventories at a record speed selling directly to neighbours and community members. This is what true food security, self-reliance and resilience looks like. We are urging all levels of government and our industry partners to take on further actions that will solve the challenges identified in this survey for the preservation and growth of this diverse and promising sector.

Including in this report are 17 recommendations addressing the top challenges identified by this work as well as Regional Reports that capture challenges and opportunities and offers recommendations for each region in the province.