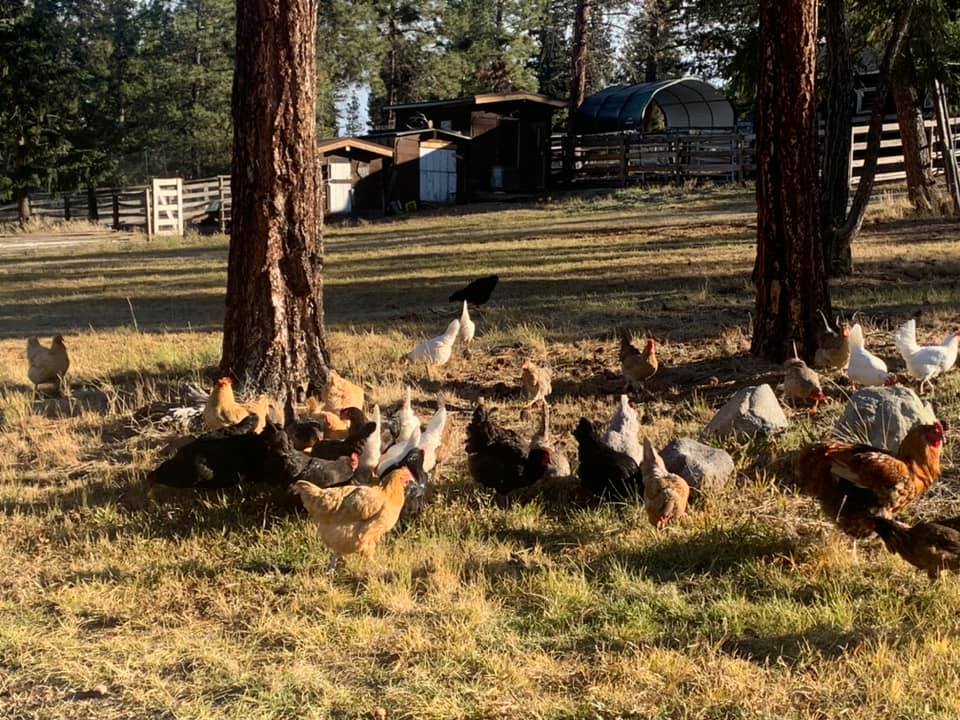 The current system is not robust enough to contribute significantly to the sustainability and growth of the small-scale meat industry in British Columbia.

Capacity at Class A & B facilities is an issue, with most of our members being unable to book animals in to be slaughtered and butchered reliably. But the Class D & E system is not a reasonable alternative.

The limits are too low and do not allow a producer to process enough animals to earn a living or to earn enough profit to justify the expense of setting up the infrastructure required to do so safely and efficiently. We propose that the limits for Class E be increased to the current Class D limit and that Class D limits be assigned on a case-by-case basis based on capacity/ability.

The regional restrictions are impractical. We believe that anyone in BC who wants to apply for a Class D or E licence, should be able to, regardless of their geographic location or their proximity to a Class A or B facility. They should also be able to sell their product anywhere in the province.

Class D is currently limited to 10 designated regional districts. The majority of our membership is in non-designated regional districts and as such, do not qualify for a Class D license. Without a Class D license, you cannot sell to wholesale/resale buyers. These are the ideal client for someone doing on-farm slaughter, as these clients will most often take the whole animal with no further processing required. Assuming the limits for Class D could be increased, a farmer or rancher could reasonably expect to be able to earn a living doing on-farm slaughter and selling to these types of clients directly without having to deal with the further complication of cut and wrap. The easiest way to reduce the pressure on local abattoirs and increase the viability of small-scale meat producing businesses would be to open up the Class D designation to anyone in the province and increase the limits.

Class E is limited by proximity to a Class A or B facility and by the feasibility study process. We believe that no producer should be forced to use the services of an abattoir simply because of its geographic proximity to the producer. There are many other important considerations including animal-welfare, service and quality of work, which may influence a producer to wish to slaughter their animals on site. Furthermore, the requirement to “attach a letter from regional or municipal authority confirming no bylaws or restrictions would prevent slaughter on the farm/property” can stop an application in its tracks due entirely to bureaucratic inefficiency. Often, municipal government workers do not have any knowledge of the relevant bylaws or may not be forthcoming with the required documentation even if they are. It should be enough that the producer has checked and confirmed that there are no relevant bylaws. Furthermore, there is the question whether some municipal bylaws contravene a farm’s right to process their own animals which is protected under BC’s Farm Practices Protection Act which defines a farm operation as:

any of the following activities involved in carrying on a farm business:

(i)  the products of a farm owned or operated by the farmer, and
(ii)  within limits prescribed by the minister, products not of that farm, to the extent that the processing or marketing of those products is conducted on the farmer’s farm;

The “time-limited” condition on Class E licenses is also problematic and may result in a producer losing their license simply because a new facility has opened within two hours of their location. This is punitive and unfair as most producers would be required to invest considerable time/resources in order to be able to slaughter their own animals and it isn’t reasonable that once given, this license should not be renewed for this reason.

The “seasonal slaughter” condition is problematic for similar reasons. It takes the same amount of capital to get set up to slaughter safely once a year as it does to slaughter safely year round. It’s either safe or it isn’t. It doesn’t suddenly become unsafe for part of the year just because the local abattoir has capacity at a given time.

The current system of regulatory oversight provided by the Regional Health Authorities sets up a two-tiered system whereby Class A & B facilities are under Provincial and/or Federal jurisdiction but Class D & E licensees are under their Regional Health Authority.  We would like to see ALL classes overseen by the same authority. We would support more regulatory oversight, particularly with regards to Class D and especially if the limits are increased/eliminated.

We would also be in favour or greater traceability and more ongoing support for licensees including online resources/training, on-site visits, phone and online support and funding.

The current Slaughter Safe training is sufficient but could benefit greatly from putting the whole course online where multimedia resources could be used for educational purposes and address timing and geographical constraints. It could also dramatically reduce the cost of implementation.

Additional  online databases of common parasites, their presentations and actions required, with links to more information, for example, would be very beneficial. Videos, animations, even interactive content could enrich the course and offer information that is difficult to present in the current format. It would also make the course more accessible to a larger number of people, especially those in more remote areas. An online platform would also act as an ongoing resource for licensees which would be valuable, particularly for those who may slaughter only infrequently and benefit from a refresher.

One area of concern is the lack of education and oversight with regards to the actual slaughter process. An online platform would better allow for the demonstration of proper slaughter techniques but demonstration of good technique should be a requirement before issuing a license. This could be accomplished by having an inspector on site at the licensees first kill, or perhaps by having the licensee participate in a kill at another licensed facility with sign off from another licensee or even someone from our Association.

An online platform would also be a way to connect licensees all across the province which would be the start of a valuable support network. Our Association would be happy to take on a leadership role in establishing, administering and maintaining this network if funding were provided. We can bridge the divide between governance and administration and the licensees, disseminate information, offer support, information and resources as well as collecting useful data that may be useful to the Ministry.

Adjustments to the current Class D and E license systems could help to relieve some of the issues we currently face with regards to capacity at A and B facilities and contribute to food security in BC. There is precedent for significant funding being provided to A & B facilities to help cover setup costs in the past. Directing some funding towards programs, training, and even helping to offset some of the setup and ongoing costs, particularly for Class D licensees seems appropriate.