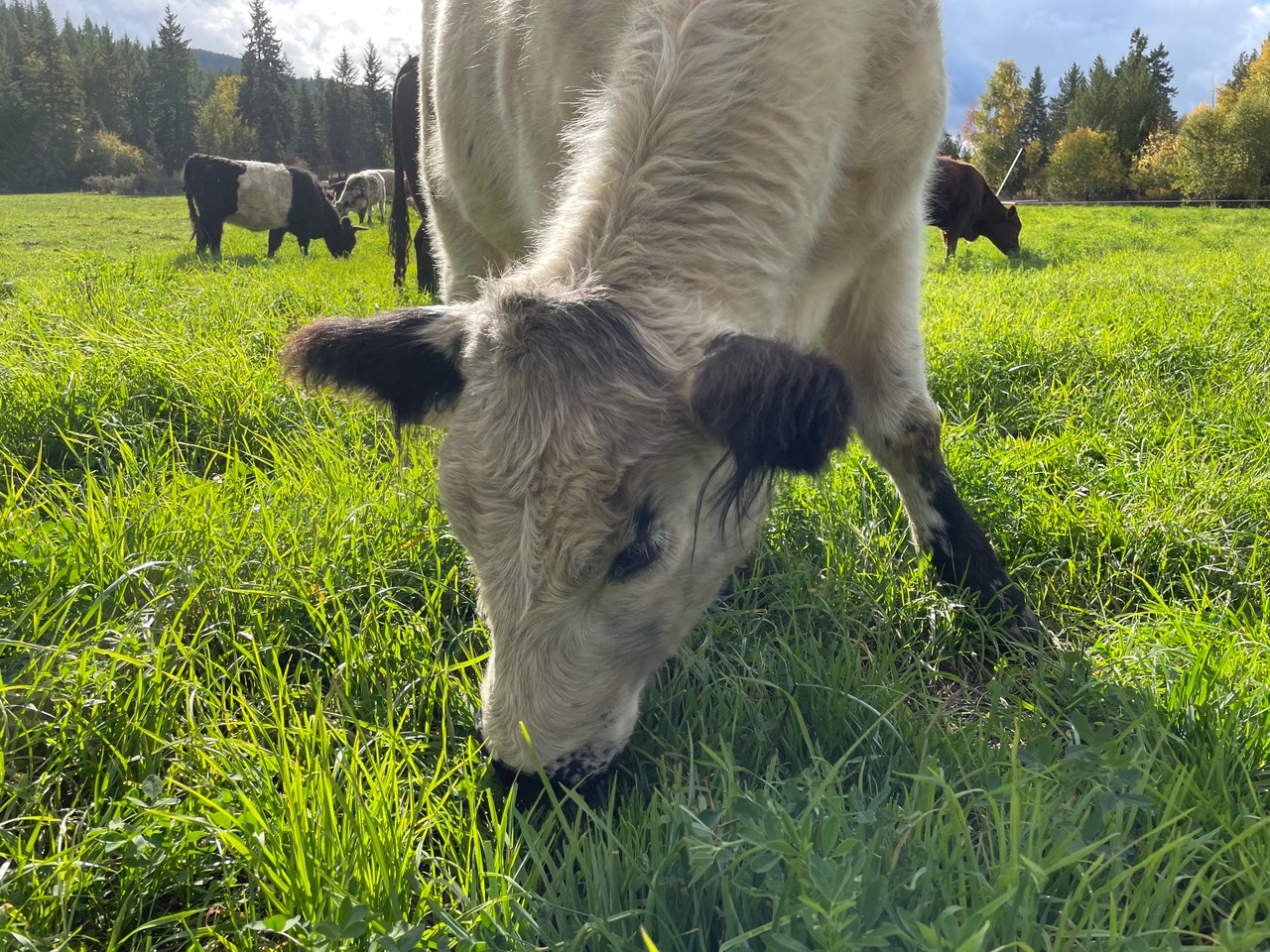 [Merritt, BC, June, 2020] The Ministry of Agriculture announced yesterday that Class D on-farm slaughter licenses will now be available in all or a portion of three additional Regional Districts:

To obtain a Class D slaughter licence, an operator must complete training, develop food safety plans, and meet food safety and product labelling requirements. The licence allows on-farm slaughter of 1-25 animal units (one animal unit is 1000 lbs live weight) for direct sale to consumers or retail sales through other establishments, including restaurants and meat shops, within the boundaries of the region where the meat was produced. Class D licensees may slaughter livestock from their own farm and from other farms.  These licences are for slaughter only and do not allow further cutting, processing or packaging of meat.

Producers in Alberni-Clayoquot have been advocating strongly for Class D designation since 2017. The Alberni Farmers’ Institute welcomed the changes saying “this announcement is a positive move towards local food sustainability for agricultural producers and their communities. We look forward to working further on this issue and ensuring the viability of farm ventures into the foreseeable future.”

Safety and quality are top-of-mind for small-scale producers who market their products direct-to-consumer. Through required training and ongoing educational opportunities, we anticipate that these newly designated regions will continue the unblemished track record of food safety that has been the case for the ten previously designated regions since Class D licenses were introduced under the graduated licensing system in 2010.

Expansion of the Class D license program is an excellent complement to the quality work being done at our provincially-inspected Class A and B licensed abattoirs, allowing producers to process animals they may not have otherwise been able to book in at an inspected facility due to seasonal capacity issues or simply a lack of abattoirs offering custom slaughter services in their area. Increasing slaughter capacity in these regions will create more demand for cut and wrap services, which will result in new business opportunities for local butcher shops.

There are other areas of the province where farmers, agricultural organizations and local governments are requesting more flexibility for on-farm slaughter.  Several other regional districts requested designation for Class D licences during Ministry of Agriculture consultations in 2019, but these designations have not been granted.  The Union of BC Municipalities has passed numerous resolutions in support of expanding access to slaughter and processing for small-scale livestock operations since 2010, including 2018-B35 asking government to “give farmers the ability to slaughter their livestock on farm premises” and 2018-B75, which asks the government to “facilitate expansion of safe, local, slaughter and meat processing”.   The BC Chamber of Commerce took a position on this in 2015, recommending “that the Provincial Government expand D and E licenses throughout the province to include the 18 non-designated areas”.

SSMPA Vice President Tristan Banwell, a farmer and operator of a Class D slaughter facility in Lillooet, has been active in consultations and discussions about improving our system, and he is vocal about the need to expand access to safe, legal on-farm slaughter to all areas of British Columbia.  “I am grateful for the work that regional districts and the Ministry of Agriculture have accomplished to move this forward,” he said of the recent designations,  “but we have more work to do.  We need improvements to the Meat Inspection Regulation that support farmers throughout the province in their efforts to supply local markets with locally-raised meat.”

SSMPA is continuing to work closely with the Ministry of Agriculture to improve access to slaughter and processing services which will allow our members to grow their businesses.  While this is a good first step, the COVID-19 pandemic has highlighted the need for decentralized, local meat production and we look forward to continuing to work with all levels of government towards more opportunities for producers and greater food security for British Columbians.